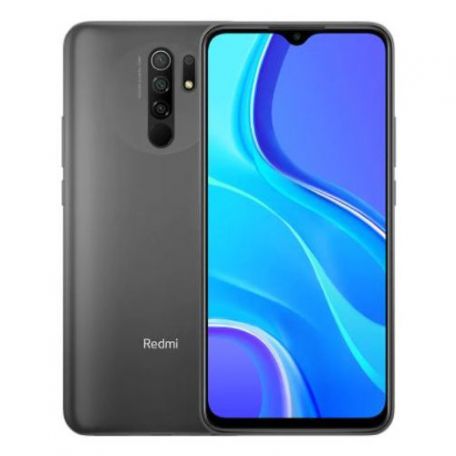 The Xiaomi Redmi 9 design is a blend of elements we have seen in the past. There isn’t anything new and neither is there anything to be super wowed about.

On the rear, we have four cameras, a capacitive fingerprint sensor encompassed in a circle that resembles that of the Xiaomi Redmi K30.  You will also find the Redmui branding on the rear, which somehow indicates its Xiaomi Smartphone.

Upfront we have a 6.53-inch IPS LCD display, which has a drop notch that houses its front-facing camera. This display has a resolution of 1080 x 2340 and a screen density of 395 PPI.

The Xiaomi Redmi 9 offers a camera system that can be described as a watered-down version of what we saw on its more premium siblings.

Its rear camera department features a 13MP primary camera, an 8MP ultrawide camera, a 5MP macro camera, and a 2MP depth camera. This rear camera system is capable of videos capped at 1080p fps. It also offers HDR and Panorama for photos.

The front camera features an 8MP sensor which is also capable of shooting videos capped at 1080p @ 30fps. It also provides HDR mode for taking photos.

Under the hood of the Xiaomi, Redmi 9 is an Octa-core MediaTek G80 processor, a Mali-G52 MC2 graphics processor, 4GB of RAM, 64GB of internal storage and a non-removable 5020 mAh battery.

Careful observation reveals there was a drop in the processing power. It opts for the MediaTek G80 as opposed to the MediaTek G85 processor we saw on the Redmi Note 9.

On the software side, This Android phone runs the MIUI 12 interface on top of the Android 10.0 Operating system